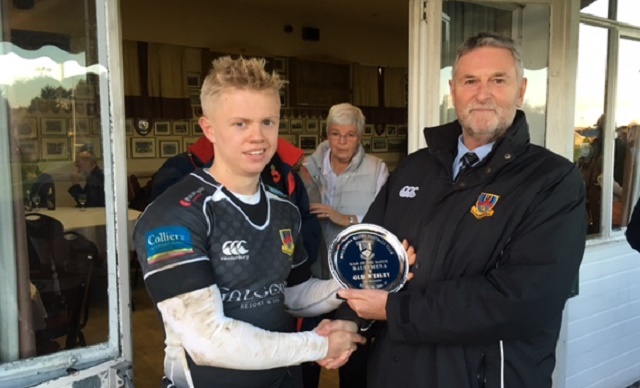 Old Wesley exerted the early pressure and were rewarded with a McLaughlin penalty to open up a three point lead. The same player converted a try by No. 8 Mark Rowley who found a gap in in the home defence to run in thirty metres for his score, giving Old Wesley a ten point lead which at this stage they thoroughly deserved. Callum Patterson kicked a penalty to peg the lead back to 10-3, but a try by second row McGann just on the stroke of half time put Old Wesley 15-3 ahead at the break.
The start of the second half saw a more purposeful Ballymena and David Shahan scored a fine individual try to bring his team with reach at 15-8. But two tries , the first by Conor Maguire converted by McLaughlin, and the second by Alan Jeffares, opened up a 27-8 lead and put Old Wesley in a seemingly unassailable position. But it was at that point that Ballymena began to dominate their opponents and unconverted tries by Patterson and Rodger McBurney with a penalty try converted by Patterson hauled Ballymena back to within two points of Old Wesley. They continued to attack and with two minutes left on the clock were awarded a very kickable penalty, but the ball sailed wide of the posts and the chance was lost.